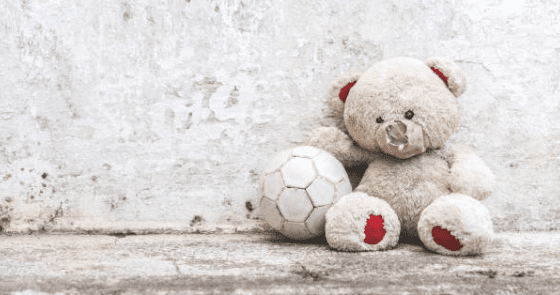 UNICEF records that globally nearly one in ten children are forced into child labour. It’s an arresting statistic. Moreover, there’s an important caveat: some of those children are subjected to especially dangerous and degrading work, a consequence of child trafficking. Of the 160 million children estimated to be trapped in child labour approximately half undertake work which is harmful for their physical, moral and mental wellbeing. The International Labour Organisation (ILO) and UNICEF estimate that 79 million children aged 5-17 are presently subjected to hazardous work. That amounts to roughly half of all children trapped in child labour, a number not far off the entire population of Germany.

Why are children forced into child labour?

When a family faces financial ruin children are at their most vulnerable. Perhaps a parent or carer has been made redundant or become ill and is consequently unable to earn an income. Such a personal financial crisis, whether temporary or permanent, is shattering for families which just manage to scrape a living from one week to the next on what little money they have coming in. Children are likely to want to help their families, and in some cultures would be expected to do so.

How harsh is child labour?

We are not talking about some informal domestic work, or a school holiday job, which may even facilitate a child’s natural development, or instil some sense of self-esteem in a young person. UNICEF explains that child labour is much more exploitative. It’s bad enough for a child to receive a very low rate of pay. Yet such economic exploitation is only the beginning. Child labour can often mean physical and mental harm, it can lead to slavery and sexual abuse. Examples of hazardous work include handling and applying potentially toxic agrochemical substances, undertaking strenuous tasks such as carrying very heavy loads, and using dangerous tools and machinery. Moreover, these practices can often necessitate working in very high temperatures, which naturally and quickly lead to dehydration, among other health concerns.

What about the plight of migrant and refugee children?

Refugees have, in the vast majority of cases, been forced from their homelands because of natural disasters or political conflicts. If children are migrating on their own, they are especially exposed to risks associated with child labour. Trafficked children face constant threats of violence and are deprived of even the most fundamental human rights. They may be compelled to participate in illegal operations, for example, acting as drug mules or prostitutes, or be usurped into paramilitary groups. Trafficking and child labour sever children from their daily routines, their education, and their healthcare. They steal young people’s aspirations and bulldoze through their personal rights.

There are also unscrupulous businesses which ignore children’s rights for the sake of profit. They may even claim that they are acting in an altruistic fashion, helping to support the poorest people in their societies by being prepared to employ young people and at least pay them something. Beyond these are societal subcultures and criminal elements who operate autonomously beyond the law, and will ruthlessly continue to exploit young people, irrespective of new legislation, ongoing initiatives and research. Sadly, young people who face desperate circumstances can easily become drawn to dishonest profiteers. Unless politicians wholeheartedly invest in rooting out illegal cartels child exploitation is likely to continue. The bottom line is simple enough: until the poorest people are provided with some financial support, some guaranteed legal standing, basic human rights and improved security, illegal practices which exploit children are likely to continue.

What legislative steps can be implemented to stop children being exploited?

The IPO collects data relating to child labour. This research is pivotal in generating reliable evidence which can be used to draw attention to the harsh reality of child labour. The data is publicised, for example, it can be presented to political decision-makers to heighten awareness. Moreover, UNICEF and the IPO are promoting administrative strategies, for instance, one goal is to ensure that children are issued with an official birth certificate. Such legal documentation should confer unambiguous proof that a child is not old enough to work, so long as potential employers are respectful of such protocols. In addition, if it is devised and implemented in a supportive and rigorous manner, appropriate legislation should help to ringfence children’s status and rights. At the heart of this political intervention stands the issue of deprivation: tackling poverty will significantly reduce child labour. Government policies which protect and promote social development programmes in education, healthcare, gender equality and decent employment will contribute a great deal in halting child labour.

There remain serious societal and political headwinds. For one, the challenges to ending child labour are complicated by the global scale. There are also difficulties associated with officially and accurately documenting child labour, and addressing economic circumstances on a nation by nation basis. Yet collaborating with different peoples and managing varying demographics in which cultural values place differing expectations on children is vital to halting child labour. Additionally, there are developmental trends to assess, including the widespread nature and impact of poverty, and the social implications of limited access to education, and future employment opportunities for both the adult population and young people. The ILO and UNICEF cite sub-Saharan Africa as the region in which child labour is at its highest, globally speaking. The international community needs to support countries in this area to bring about lasting change.

What else is UNICEF doing to help eradicate child poverty?

UNICEF and organisations like ILO continue to publicise and lobby. They state that people around the world need to engage energetically and wholeheartedly in confronting the causes of child labour. They must resist settling for second best practices or, worse, the status quo. By envisaging the better world that we would like to see around us, UNICEF believes that we can finally end child labour and fulfil a central target of the United Nations’ 2030 seventeen Sustainable Development Goals, namely 8.7, which urges that we collectively “Take immediate and effective measures to eradicate forced labour, end modern slavery and human trafficking and secure the prohibition and elimination of the worst forms of child labour, including recruitment and use of child soldiers, and by 2025 end child labour in all its forms.”.

This sounds refreshingly ambitious. Yet an overwhelming majority of people around the world would sincerely subscribe to these ethical principles. It is a question of priorities. UNICEF, the IPO and the United Nations are in the vanguard of championing children’s rights. They continue to lead the fight to stamp out the exploitation of children, and they remain determined to enshrine these fundamental tenets in galvanising and shaping collaborative global thinking, planning and effective action.