The far-reaching benefits of a common, multi-dimensional definition of child poverty

The issue of defining child poverty is a surprisingly knotty one. It is a challenge not made easier because the concept of poverty is also an emotive one. Conventionally it has demanded a consideration of financial means, but definitions have only recently begun to look more broadly at available resources, services and freedoms. This is a vital step forwards since poverty is about much more than a lack of income. Definitions need to consider the extent to which people’s basic needs are below their means, whether people have access to a variety of fundamental services, such as rudimentary healthcare and education, and the extent to which they enjoy personal and cultural freedom. Having access to a reliable electricity supply is another fundamental factor.

Moreover, researchers need to assess employment prospects and whether people have access to meaningful opportunities for work. There is also the question of the level of social protection and support available, and the stability of the local community. However, beyond economic factors, a definition of poverty needs to encompass political circumstances, for example, the extent to which people enjoy social, religious and gender specific freedoms. To what extent do they feel able to speak out for themselves and negotiate with representatives of those in authority? Additionally, what aspirations do people living in poverty hold dear?

The arbitrary nature of a calculated poverty line

Charities and pressure groups still tend to cite a seemingly arbitrary poverty line. This is an estimated economic point below which it is considered impossible to obtain necessities for everyday living. The numbers published, of course, amount to something of a moveable feast. Originally, in the early 1990s a dollar a day became a yardstick by which global poverty could be measured. Subsequent official attempts to update this definition have led to the publication of the latest headline figure of just over two dollars a day. One concern is that definitions like these are based on one currency and therefore the economy of one nation, the relative value of which is constantly fluctuating because of a vastly complex web of domestic and global factors. This makes the processes of formally estimating poverty levels based on the value of the dollar seem less helpful.

Issues arising from a headline figure

Despite some impressive research in the formulation processes, the headline figure unintentionally invites a rather lazy response from people and organisations alike, because by its nature it relies on a very specific figure without conveying any simultaneous insight into personal lifestyles and living conditions. In September 2022 The World Bank revised and republished its monetary quantification of abject poverty. It categorically establishes its ‘new, extreme poverty line’ at $2.15. This crudely means that anyone living on less than this amount of money spends their life in extreme poverty.

In total the World Bank estimates that 648 million people, or about a twelfth of the world’s population, live at this level. Nonetheless this stark, official calculation begs an important question. What about all those people who live on $2.16 a day, or $2.17, etc. What about the hundreds of millions more who live on or just below $3 a day? They would in theory be fifty percent wealthier than their counterparts who find themselves just below the new extreme poverty line. Yet does an extra dollar a day make all the difference? Moreover, the World Bank makes deductions based on the new poverty line. For example, in a bullish statement it lauds trends in poverty reduction made since 1990: ‘the world has made impressive progress in reducing poverty’.

A multi-dimensional approach to defining poverty

The World Bank, however, does acknowledge the importance of a multi-dimensional approach to defining poverty. It devotes a good deal of space and energy into commending an overarching assessment. So, it seems disappointing that the bank insists on headlining with a misleadingly precise-sounding monetary value, simply supplying eighteen links to other pages where important factors and analyses are cited. Many readers would simply not invest the time to look beyond the headline figure. Essentially, defining poverty needs to prioritise and embrace consistent presentation, emphasis and, above all, evidence-based information. 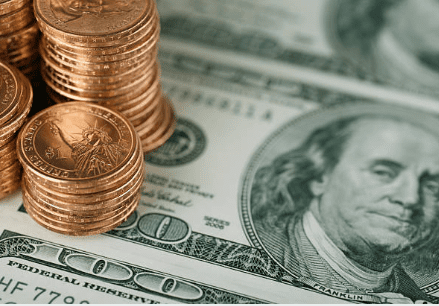 Suffice to say that whatever poverty line figure is put forwards, the methodology produces a very low income value. However, any headline figure, however eye-catching, masks a far more complex set of circumstances. In dismissing such statistical approaches as highly limiting, Don Mathews has neatly pinpointed one reason that poverty statistics enjoy such influence, that is, to justify governments’ financial planning. A baldly statistical emphasis fails to shed light on specific social complexities that contribute to the notion of living standards.

The need for a holistic approach

So, a more holistic approach to defining poverty, and with it child poverty, is preferable. Increasingly, experts have argued that poverty needs to be viewed through the eyes of the people in question. For example, we should be assessing what their aspirations are, and to what extent they consider that they enjoy personal freedoms and rights. It may be a mistaken approach simply to judge situations through western eyes.

In building a robust, multi-dimensional definition of poverty and child poverty, we need to challenge lazy assumptions and expectations. While this is not an easy prospect it is vital in attaining a meaningful definition and the benefits which can arise from it. Moving away from a reliance on headline statistics and sound bite descriptions also requires a concise and embracing verbal explanation. Another hurdle concerns people’s conceptions of poverty relative to their own circumstances and societies. For instance, a child living in poverty in the UK may still look considerably better off than a child who lives in sub-Saharan Africa, simply because of the level and quality of services available from the state.

UNICEF presents an unequivocal argument that globally speaking, the majority of people in poverty, are children. Their headline figures are shocking: ‘Across the world, about 1 billion children are multidimensionally poor, meaning they lack necessities as basic as nutrition or clean water.’ UNICEF concludes that although a third of the world’s population is made up of children, they comprise up to half of those trying to live on less than $1.90 a day. Of course, this figure clashes with the latest World Bank revision, and such inconsistencies are naturally unhelpful in defining and then devising strategies to reduce poverty. Imposing monetary benchmarks only shifts people in a narrowly statistical sense, but certainly not in terms of their actual circumstances.

UNICEF goes on to deduce that 356 million children are presently living in absolute poverty, another socio-economic overarching term which also clashes with the World Bank’s tag. Addressing poverty inconsistently does not change the fact that these children experience the poorest living standards, develop the fewest skills for later life, and earn the lowest wages when they become adults. Moreover, UNICEF starkly presents the bottom line: these poorest children are twice as likely to die than their better off peers. Future collaborative efforts to reduce child poverty would surely benefit from the common use of universally accepted terminology and methodology.

UNICEF chairs the Global Coalition To End Child Poverty. It too celebrates the fact that over the past thirty years administrative and co-operative strides forward have been taken to address and reduce child poverty. There are encouraging data, leading to the affirming claim that child poverty has been reduced by over fifty percent since 1990. This statistic means that malnutrition has been reduced, safe drinking water has been made available to many more people, education has been expanded, and fundamental healthcare services have been established alongside better sanitation. Because of this life expectancy is improving in diverse communities, and children may even have improved employment opportunities.

While such progress sounds reassuring, it is vital to remember that huge numbers of children remain in multi-dimensional poverty. Huge disparities persist, and naturally these guarantee that hundreds of millions of the poorest children are being left further behind. Political initiatives like UNICEF’s Sustainable Development Goals are bringing governments together on the international stage to address child poverty. The ultimate, and rightly ambitious, aim is to eradicate multi-dimensional child poverty within the next decade, meaning that children will have what they need not only to survive but to fulfil their potential and hopefully thrive. Achieving that efficiently and effectively would be aided by organisations and governments adopting a consistent, embracing overview, which relies less on statistical headlines and uses uniform terms coherently to reinforce descriptions of personal circumstances.