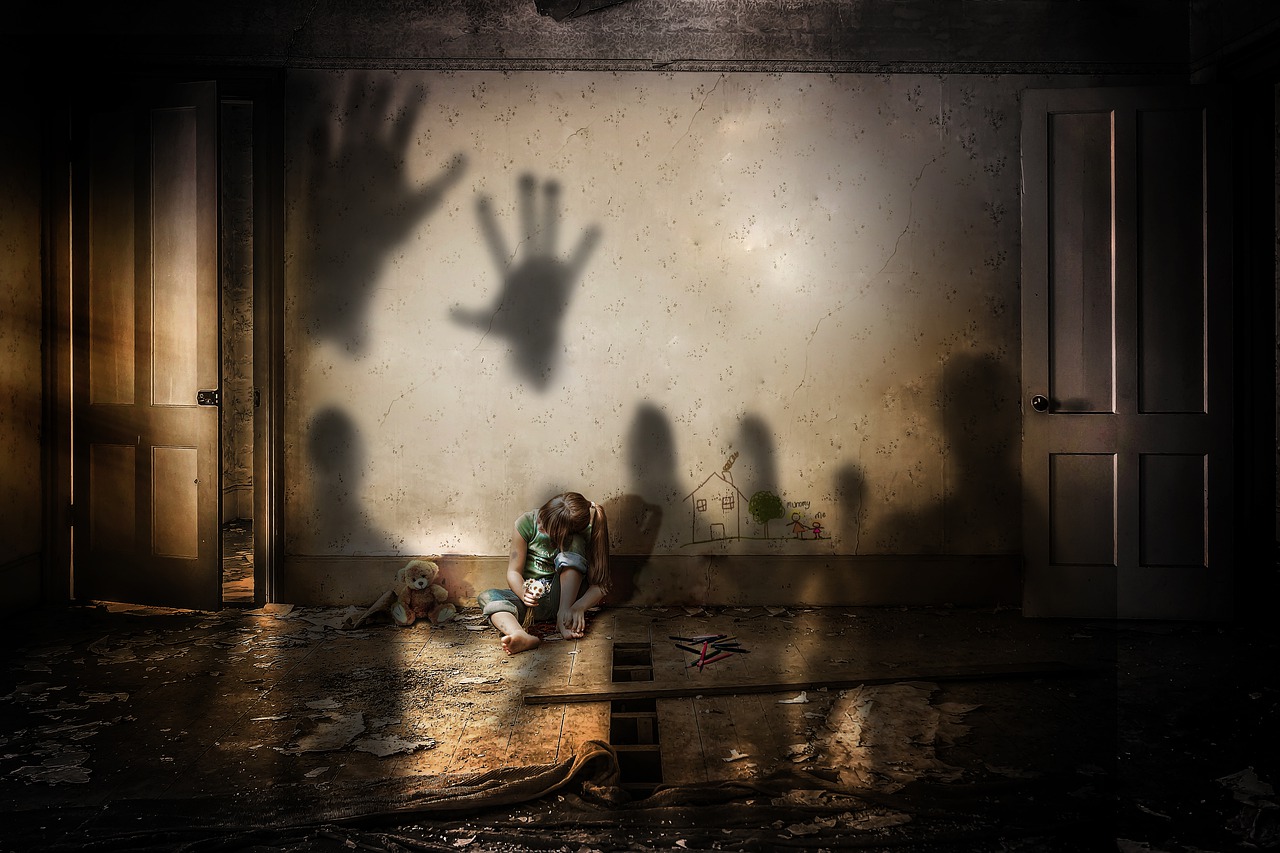 Violence against women and girls is a significant human rights violation but it is still perpetrated in many countries around the world. Gender-based violence is a term which is used for any harmful act carried out against a person’s will because of gender differences between men and women. These acts can cause physical, sexual or mental harm and can include coercion or threats.[1]  According to the World Bank Group, gender-based violence affects 1 in 3 women during their lifetime with 35% of women experiencing physical and/or sexual violence.[2] The World Bank Group also states that around the world, 38% of murders of women are carried out by their partners and 200 million women and girls have experienced female genital mutilation.[3] These statistics are alarming and violence against women and girls can cause long-lasting and detrimental effects.

The main causes of gender-based violence

Poverty is one of the main drivers behind gender-based violence globally. Women and girls living in poverty often face discrimination due to gender biases and unequal power relationships. As a result of these gender inequalities, they are exposed to many forms of violence.[4] Women and girls living in poverty may reside in unsafe and dangerous environments which increases their risk to violence. They often have to walk long distances through isolated places to gather firewood or collect water and as a result, they are at risk of sexual assault.[5] Furthermore, women and girls in poverty are often tasked with countless household chores and this may create problems within the household which regularly leads to domestic violence.[6] Sadly, these women and girls do not have many opportunities to leave violent relationships with their partners because they lack income and resources.[7]

In many communities, violence against women and girls is often overlooked as being a cultural or social norm. Norms and attitudes within communities and cultures can often be difficult to change because they may be based on religion and other factors.[8] Some communities do not recognise wife beating as violence and sexually harassing girls is considered a norm.[9] According to The Borgen Project, families uphold the sexual purity of women and girls and this is why female genital mutilation is a widespread practice in many communities.[10] Family honour is regarded as more important than women and girls’ safety which results in honour killings.[11] Additionally, the practice of widow inheritance is common and considered a cultural norm. This is where a widow is forced to marry a male relative of her late husband in order to prevent the women being able to inherit land and property.[12]

Perpetrators are not punished due to violence being unreported

Many forms of violence are not reported to the authorities and accordingly, perpetrators are not punished and the violent acts against women and girls can continue. Secretary-General of the United Nations, António Guterres, has stated that ‘[s]exual violence against women and girls is rooted in centuries of male domination…reminding the world that stigma, misconceptions, under-reporting and poor enforcement of laws perpetuate impunity in rape cases’.[13] According to the World Health Organisation, there are many reasons why girls and women do not report violence including insufficient support systems; shame; fear of retaliation; fear of not being believed or blamed, and fear of being socially ostracised.[14] In some places, raped women and girls may be killed if they are regarded as having dishonoured their families.[15] Furthermore, law enforcement agencies may not recognise women’s rights and are also impacted by gender inequalities. As a result, violence is overlooked and violent acts continue to be pursued.

The impact of gender-based violence 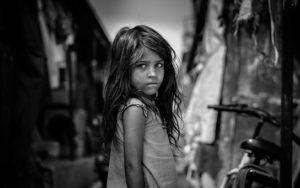 Gender-based violence can cause many physical and sexual health problems for women and girls. These include unwanted pregnancies, male impotence and the possibility of being infected by a sexually transmitted disease such as HIV.[16] According to Médicins Sans Frontières, STIs are more likely caused by forced sex as viruses can enter through tears.[17] Unwanted pregnancies can often lead to abortions being carried out in unsafe conditions. The World Health Organisation’s 2013 study found that those who had been sexually or physically abused were twice as likely to have an abortion.[18] Physical health problems can include neurological illnesses, gastrointestinal illnesses, and muscularly, urinary or reproductive problems.[19]

Victims of gender-based violence often suffer from many psychological and mental health problems as well. These include depression, anxiety, alcohol and drug abuse, post-traumatic stress disorder and thoughts of suicide.[20] Médicins Sans Frontières has noted that victims may also suffer from guilt and feel as though they could have avoided any incident. Women and girls may also struggle with trusting others which could affect relationships with others.[21] Additionally, survivors of gender-based violence may be frowned upon in some communities and victims of rape may be humiliated in certain cultures which can lead to their mental health suffering.[22]

Gender-based violence can also impact child survival rates and may contribute to increasing infant mortality rates.[23] A study in the Tigray region of Ethiopia has shown that women who were subject to intimate partner violence were 3 times more likely to have a low birth weight and preterm birth. The study also shows that women who were subject to physical violence during pregnancy were 5 times more likely to experience low birth weight and preterm birth.[24] There are many issues associated with low birth weight including children suffering from infections, malnutrition, issues with cognitive development, stunting by the age of two, chronic disease and problems in education and economic activities at a later age.[25]

The World Bank Group has argued that in order to reduce violence against women and girls, a community-based, multi-pronged stance is required along with cooperation with different stakeholders.[26] Charities, organisations and other bodies have adopted various approaches to help to decrease gender-based violence and some of these are outlined below.

Preventing violence against women and girls before it is carried out is one of the main ways to stop violent acts all together. Structural biases and cultural norms need to be addressed and the discriminatory acts which women and girls face need to be considered.[27] UN Women has adopted a prevention strategy which looks at early education, achieving valued relationships and working with men and boys through media, sports and work.[28] Working with men and boys helps to educate them about gender equality and teaches them about the negative impact of violent behaviours on girls and women. UN Women partnered with the World Association of Girl Guides and Girl Scouts and have implemented a curriculum which allows young people to understand causes of violence in communities. The curriculum also helps to educate people in the communities and prevent gender-based violence.[29]

Laws promoting gender equality and defining violence need to be implemented and enforced within local communities. Charities such as CARE International advocate for laws and policies to be created, revised or improved and base their work on international agreements such as the Declaration on the Elimination of Violence Against Women and Security Council Resolution 1325.[30] Other charities and organisations create public awareness campaigns for both men and women which help them to become aware of their rights, the legal consequences for violent behaviour and the effects of gender-based violence on the future generation.[31] Plan International has introduced a Safer Cities for Girls programme which enables girls to voice any issues in urban areas and allows them to advocate for change.[32]

Many charities and organisations have created support networks for victims of violence. CARE International works with partners to implement community support systems for victims of violence in order to ensure they are safe. Initiatives include community watch groups and safe houses.[33] Other organisations such as International Medical Corps provides specialised support services for survivors of gender-based violence in emergency settings. Survivors are provided with tailored support from workers who help them to access services and support. International Medical Corps have implemented women and girls’ safe spaces in camps and communities in Iraq and have trained Iraqi and Syrian women to provide support services to survivors. If survivors require more psychological support, they can be referred to Mental Health/Psycho-Social services.[34]

Overall, it is clear that gender-based violence remains prevalent in many countries throughout the world. Poverty along with gender inequality are the main drivers of violence against women and girls along with cultural and social norms. Violence often goes unreported meaning that perpetrators are not punished and continue to commit these acts of violence. Gender-based violence has many physical and sexual health consequences for women and girls. It affects them mentally and children who are born as a result of gender-based violence can also be indirectly affected. Charities and organisations around the world have introduced initiatives aimed at changing attitudes and norms within communities, advocating the introduction and amendment of laws and policies, and also offer services aimed at supporting victims of violence. In addition to the extensive work already being carried out by many charities and organisations, more groundwork, lobbying and collaboration with local authorities and community leaders is required in order to eradicate gender-based violence all together.