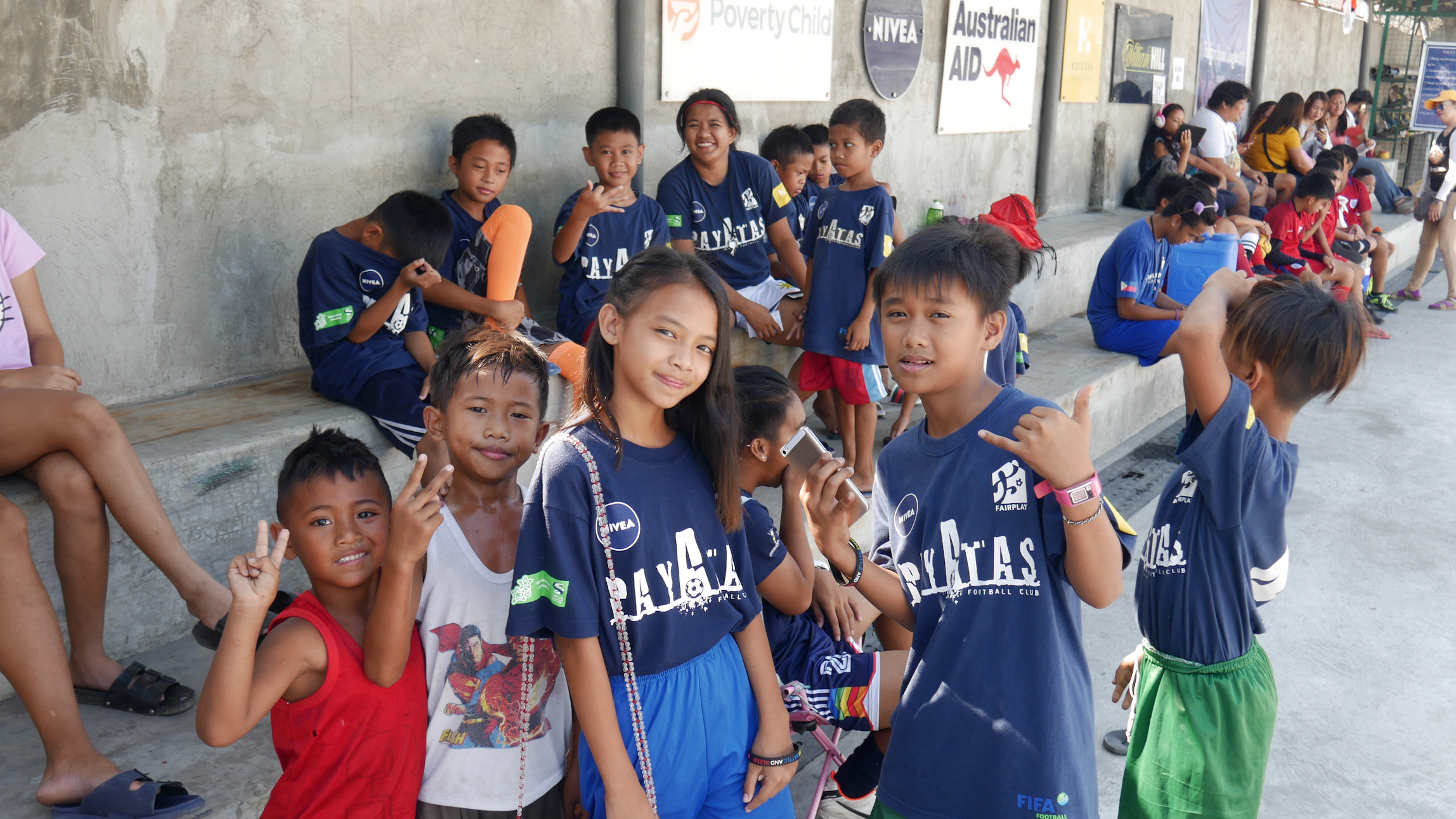 We wrote previously about a project we’re co-funding with our partner Fairplay For All Foundation that launched in February 2018. The project set out to help 100 children living in poverty and at-risk in the Payatas slum area, The Philippines. Over the course of the project, the physical growth and mental status of these children has been looked at periodically, using five key performance indicators (KPIs): Body Mass Index (BMI), Learned Optimism (LO), Growth Mindset, Risk of Depression and Adverse Childhood Experiences (ACEs).

Now, a little more than a year from when the project launched, we can present the third and final wave of results. The KPI scores measured in this study not only indicate the impact of the Fairplay’s current activities in Payatas, but also give crucial suggestions for the organisation’s future work.

If you would like to find a summary of the first and second wave of results and also read more about how the KPIs are measured, you can check out our previous articles on this project.

As for the final update of the KPIs…

The third wave of measurements were taken in March 2019, with 72 out of the original 100 players available to participate.

The final scores for BMI are some of the most positive among the various KPIs measured. While the average BMI has stayed relatively steady over the course of the project (still being in the underweight category), there was been a 23 percent increase in the number of children reporting a ‘normal’ BMI. This is due to several previously underweight and overweight children finding a better BMI – a combination of improved nutrition and exercise.

Overall, these results are trending in the right direction and suggest that the sport and meal programs are having a positive impact on the children in Payatas.

As with BMI, the average scores for LO have stayed mostly similar over the period, at around level 5 for self-esteem (moderately low) and level 0 for optimism (very pessimistic).

There were, however, some bigger changes within some of the specific categories. The proportion of children described as ‘very pessimistic’ has fallen from 70 to 58 percent, reflecting a positive change at the bottom end of the scale and thus for those deemed most ‘at-risk’. On the other hand, self-esteem scores have dropped markedly, as those with ‘moderately high’ self-esteem fell from 23 to 4 percent and those in the ‘moderately low’ category increased from 33 to 58 percent.

Again, like BMI and Learned Optimism, the results of the mindset test have stayed relatively stable in the time frame, with the average score staying the same at 36 and the majority of players (60 percent) still having either a strong growth mindset or a growth mindset with some fixed ideas.

Upon reflection, Fairplay has admitted that this test does not seem to translate too well in the context of the children in Payatas. The measuring tool appears to be too Westernised and relies on self-reporting to a large degree with the ‘right’ answer being relatively easy to spot. As such, a more appropriate tool to measure the children’s resilience will be considered in the future.

The average score for Risk of Depression has remained at the ‘severely depressed’ level. The biggest change is that a high proportion of children with a ‘moderate’ risk of depression (Wave 1: 41%; Wave 3: 19%) have been tipped into the ‘severely depressed’ category (Wave 1: 45%; Wave 2: 65%). Essentially, this means that the children are at greater risk of depression now than they were a year ago.

The obvious culprit for this is the infamous War on Drugs in the area which has led to several of the players’ parents to be killed or imprisoned and also resulted in the children themselves being increasingly harassed or threatened by the police. Economic inflation has meant that many of the children face rising financial pressures at home too.

The ACE measurements differ from the other KPIs used in this study in that they cannot go down – once a child has experienced a certain type of childhood trauma it is added to their score accumulatively, up until they reach the age of 18.

As expected, the average ACE score for the children in Payatas has increased and is now at 4 out of 10, compared to 3 out of 10 last February.  This represents a ‘moderate’ level of childhood trauma, which is worrying given the young age of the children involved. If this trend continues, it is likely that many will reach the critical level of childhood trauma (level 6) before they are 18 years old.

These results make Fairplay’s work in Payatas ever more important and suggest a growing need for projects that help relieve trauma and stress experienced by the children and target those who are hit the hardest.

Overall, it is fair to say that the children taking part in this study have made only slight progress over the course of the project, with some positive changes in the KPIs and some more negative.

Unfortunately, these children have faced increasing external challenges during the time period, notably the impact of the War on Drugs and economic inflation, which has affected not just them as individuals but also the Payatas community as a whole. It may be the case that, in the context of these rising pressures, the programs offered by Fairplay have actually acted as a buffer, helping the children better deal with the challenges they face. Without the use of a control group, however, it is impossible see how their results compare to other children in the area who haven’t had access to the programs.

Nevertheless, this project has played an extremely helpful role in recognising the challenges faced by the children in Payatas and given Fairplay a good indication as to how they can streamline their programs to better benefit the children in the future.

The Youth Center: The Youth Center is one of the biggest developments in Fairplay’s work in Payatas so far. The centre will open Tuesday to Saturday and act as a social support system for children in the community. There will be a range of facilities offered at the centre, many of which build upon the activities currently being provided. These include economic opportunities, counselling sessions, academic tutoring, free healthy meals and a mother’s club. In this way, Fairplay aims to offer a more holistic approach in relieving the pressures felt by the children in the area and getting the wider community involved in achieving success.

Changes to the research process: Fairplay hopes that their research concerning children’s physical and mental wellbeing can continue to inform their work in Payatas. Ongoing research should offer a long-term perspective on the challenges faced by the children in the community and evolve each year as more appropriate tools are found. Some suggestions have already been mentioned in this post:

Here at Poverty Child we are optimistic that the change in operations at Fairplay’s centre will lead to positive changes in Payatas and that the research collected over the course of the project will be used to better reflect the needs of the children in the community. We are excited to see that the donations raised by our fundraisers and kind sponsors are being used positively and are working towards helping vulnerable and at-risk children.