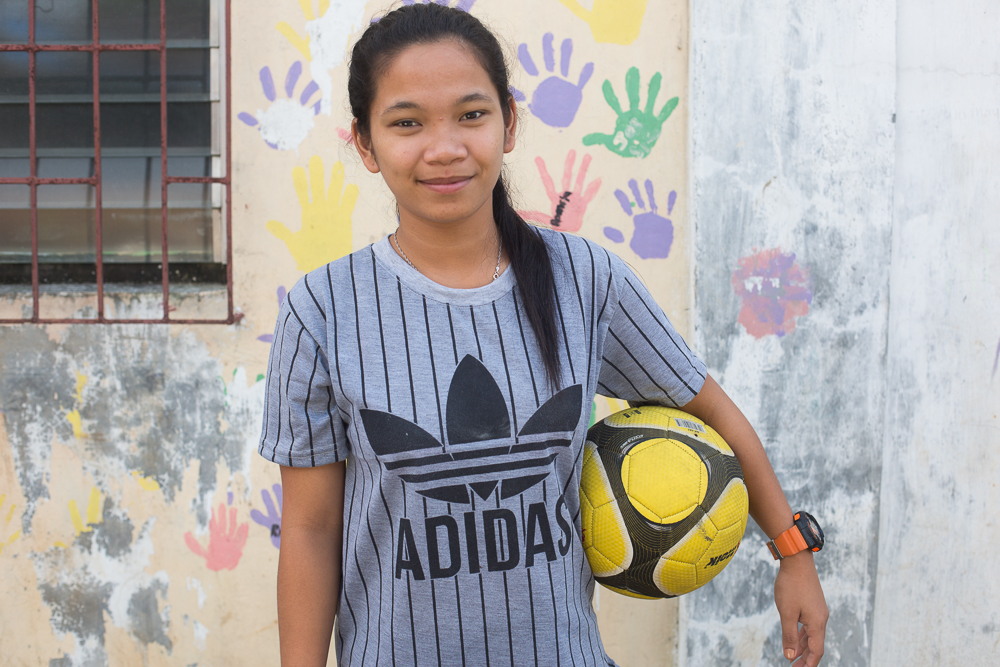 We wrote previously about a project we started with our partner, Fairplay Foundation for All, which set out to help 100 children living in poverty and at-risk in the Payatas slum area, the Philippines. Thanks to kind sponsors and the hard work of our fundraisers, we’ve funded the nutrition aspect of this project: the initiative to provide free healthy and nutritious meals to children after the twice-weekly football sessions.

In our last article we talked about how Fairplay had measured the children against five key performance indicators (KPIs) to use as a baseline to understand how they are suffering and what could be done about it. Six months on, all of these KPIs, aside from the Adverse Childhood Experiences (ACEs), have been measured again. We’ll give an outline of how these results compare below, as well as some details about what will happen next in the project.

Be sure to check out our previous blog post to see an outline of the project and the baseline results in more detail.

Update on the KPIs

During this second wave of measurements, only 93 out of the 100 children who originally took part in the project were available. This means that the sample size is slightly smaller.

The mid-term results show that there has been a slight improvement in the physical growth of the children in Payatas. While the average BMI is still classified in the underweight category, it has increased slightly from 18.4 to 18.6. The majority of the children are still also underweight, but this proportion dropped by 7 percentage points, from 68 to 61 percent. Meanwhile, the number of children at a ‘normal’ weight increased from 26 to 29 percent.

This is particularly pleasant news to us here at Poverty Child, as it means that our funding towards providing nutritional assistance to the children has had some effects and has led to improvements in their physical health.

On average, the reported level of optimism and self-esteem amongst the children has remained relatively steady. The average score for self-esteem has stayed at level 5, described as ‘moderately low self-esteem’, while average level of optimism has increased just slightly from -1 to 0, both of which are in the ‘very pessimistic’ category.

There has, however, been positive changes within some of the specific categories. The number of children reporting ‘moderately high self-esteem’ has grown from 23 to 35 percent. At the same, the proportion of those described as ‘very pessimistic’ has fallen from 70 to 54 percent. These results have been offset by changes in other categories, which is why the average scores have stayed very similar. Nevertheless, if the trend continues, it does suggest significant improvements for the most at-risk groups.

The mid-term results suggest that the overall mindset of the children has stayed largely stable. The average score in the last round of testing was 36, characterised as a ‘growth mindset with some fixed ideas’, and this has remained the same in the tests this time around. While some of the children have shifted between categories, others have improved only slightly and within their steady category, which is why the overall percentages have remained very similar.

Although there has been no strong improvement in the mindset of the children, we did mention in our last article that baseline results of this test were unusually positive compared to the other KPIs. In addition, the Emotional Quotient (EQ) club which is targeted at promoting social and emotional development was delayed in starting and is due to begin in September. It is understandable, therefore, that the project has seen no specific changes in the children’s mindset so far.

Fairplay has sought to identify reasons why these scores may have increased so much over the last few months and have highlighted the recent political and economic struggles in the Payatas community. The drug war in the Philippines has now become infamous internationally, with recurring incidences of police brutality being reported in Payatas.  Several children taking part in the project have had one or both parents arrested, while others have had family members killed. This has not only had an emotional impact on those affected directly, but also created anxiety and fear in the community as a whole. On top on this, the worsening economy, with high inflation, has created additional financial stresses on already vulnerable families.

It is likely that these deeper issues have threatened the mental well-being of residents in Payatas, as well as the outcomes of the project so far. They suggest the need for extra social and emotional support for the families in the long-term.

The results of the tests mid-way through the project have given a good indication as to how the project is going so far and what can be improved upon in the next six months and beyond. Here are some of the next steps the project will take:

To see a final update on these KPIs and how the children are doing at the end of this project, be sure to keep up-to-date with our work.